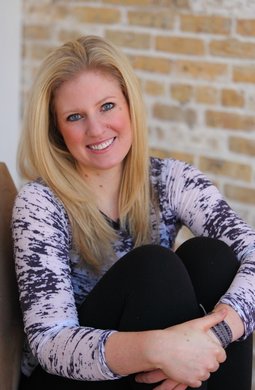 Lindsey Marshall also known as The Present Yogi was born and raised in Park City, Utah. It took 15 years, but she finally came home to Park City to pursue her love of yoga surrounded by these amazing mountains. She is the owner and founder of Eventful Yoga and she is very excited to bring her passion of yoga to your special day or event.

Lindsey was first introduced to yoga at the age of 18 when a disk injury prevented her from walking or standing for more than five minutes at a time. In combination with a discectomy procedure Lindsey turned to yoga and witnessed its strong healing power. Years later she would travel to India and stay at an Ashram where she was reintroduced to the healing powers of yoga, both body and mind. In 2013 Lindsey completed her 200 hour yoga teacher training certification at Moksha Yoga Center in Chicago, Illinois. Since then she has completed her 85 hour prenatal certification through the Amala School of Prenatal Yoga as well as a restorative yoga certification through the Yapana Way.